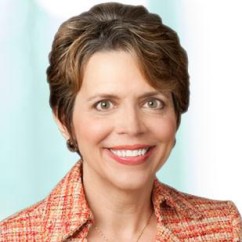 For over 20 years, Meryl Lin McKean, Fox 4 TV, has been a constant voice on medical issues for concerned viewers in Kansas City and the surrounding area, serving as a first-hand witness to changing technology, treatments and financial aspects of care.

“When I started a reporting job in Tulsa in 1981, the program director asked me if I would continue the weekly health care report that the person I was replacing had been doing. By 1985, I was doing health spots there five days a week,” says McKean. And, as that has continued over the years with her job here at Fox, McKean has been able to acquire knowledge from the medical community she relies on for answers, the patients she interviews, and even her own personal encounters with health issues.

“Early on, I had a chance to meet Art Uhlene, who at that time was the medical director for the Today Show. He told me to stay put, there would always be a need for someone to cover health. And, I’m glad I did, because I really love my job, and I feel like I can impact people’s lives.”

Just within the last year, she heard from a viewer who brought that point home. Last summer she did a report on ehrlichiosis; a disease caused by ticks. A woman with multiple sclerosis, who never went outside, was diagnosed with the disease, and it was discovered that the tick was transferred to her from her dog. After seeing the spot, another gentleman who had been sick for a couple of weeks and had been told it was viral, decided to contact his doctor. He recognized the symptoms McKean described, and as it turned out, he also had ehrlichiosis.

McKean is also on the forefront of major changes in health care delivery and progress. She commented that when she noticed she was only rarely covering stories on AIDS these days, she realized that was because it is no longer a death sentence for most people who are diagnosed. Recently she has been doing more stories about preventive medicine and also about insurance and finance. This is another area where she feels she can make a difference.

She referenced a story where a young woman had bariatric surgery to help with diabetes caused by obesity. Not only did it help with the diabetes, but it caused her blood sugar to go so low that it was endangering her health. She needed a glucose monitor to maintain awareness of her levels. Her insurance company was going to stop paying for the monitor, since it wasn’t keeping track of high blood sugar caused by diabetes, even though the opposite extreme was just as problematic. Not long after the spot aired, the insurance company reversed its decision and decided to cover the cost of the monitor.

She is also proud of two Emmy awarding-winning stories. One was a medical mission story where she accompanied a group of local doctors to Honduras and reported on health care conditions. Another was the story she did on the soft tissue damage that today’s soldiers are suffering, because they have to carry 75 pounds of gear over rough terrain. Their packs weigh 50 pounds more than the ones soldiers, such as McKean’s dad, carried in World War II.

“It’s hard to pick one story from all these years that has made the most impact on me,” McKean says, “but there is one that is a great example of the miracles of medicine.” She watched a surgery at University of Kansas Hospital that involved placing an electrode in the brain to help a young woman who was 28 and suffering from tremors. When the surgery was complete, and the patient had the opportunity to use her hands, the tremors were gone. She could eat, drink, and put on makeup with no problem which she couldn’t do just hours before the procedure.  “That was amazing,” according to McKean.

It’s stories like these that impact McKean, as well as her viewers. Her empathy with patients has even gotten stronger due to her bout with breast cancer eight years ago. A routine mammogram was the beginning of a path many women know all too well. She went through surgery, radiation and chemotherapy. But, with her usual tenacity, she only missed a couple of weeks of work, donned a wig and was back on the job. “It actually helped to be busy, and it gave me true understanding of what people go through. It also taught me patience, made me fearless and made me realize that no daily problems are that important.”

She also has increased understanding of the sandwich generation and the struggles caregivers experience. “My mother is 94, still lives alone and has severe osteoarthritis. My sister helps her one day a week, and I spend weekends with her in Warrensburg, Missouri. She also has caregivers during the week, because she wants to remain at home. I so appreciate the value of professional caregivers and also what family members go through. It’s probably a blessing I don’t have my own family, so that I can give Mother the time.”

Between her cancer experience and caring for her mother, she has learned the importance of balance and finding ways to take care of herself and relieve stress. McKean loves sports and regularly goes to local sporting events. Since her alma mater is the University of Central Missouri, she takes time to go to college games when she is in town caring for her mom. She also finds playing the piano is a good stress reliever.

“Living a healthy lifestyle is pretty simple when you break it down. I believe in balance, variety and moderation. I try to follow the rules of five vegetables and fruits daily, and I take fish oil and vitamin D and exercise regularly.”

This balance and moderation has been reinforced in what she has learned from the professionals she communicates with for her stories. In making medical decisions she believes it all comes down to the individual in each situation. That’s what she tells friends and coworkers who come to her for advice. “I am in a fortunate position to know who the experts are for the particular problems people face. Beyond that, I encourage people to do their homework and then weigh benefits and risks for their individual cases.”

After 32 years of being a health care reporter, she insists that she is still a journalist at heart, and that is how she continues to approach her job. “Sometimes I think people confuse commentary with news. I feel it’s my responsibility to share accurate, balanced information that people can use to make good choices regarding their health.”

I thought this recipe would be all over the internet…it isn’t! So I had to do some homework!

I received a text from my friend Aislinn, well in fact it was from her oldest boy Junior (one of Bear’s best friend) and it said: “hi, this is Junior”. I replied: “hi, buddy, how was your day at school?” He: “great, thank you (so polite), could you please find the recipe for Meijer’s Cream Cheese Muffins?” Direct and to the point, I love that! […]

Colorado Springs LIVING WELL Magazine sits down with Memorial Health Systems CEO Mike Scialdone and Penrose-St. Francis CEO Margaret Sabin for their take on health and wellness in Colorado Springs––and how each organization is getting to the heart of fostering a healthier community. […]