It’s only Tuesday and Trisha Yearwood already feels like she’s been climbing a never-ending hill all week––because she has.

“The dogs and I have been hiking up this same hill by the house for a couple months and I mean, it literally goes straight up,” the blonde singer with the newly-found muscles declares. “But yeah, I’m really proud of myself because I am just rocking that hill.”

That old hill on her sprawling Tennessee property isn’t the only battle Yearwood admits to finding herself battling at the moment. A well-loved icon in the country music industry for over 20 years, Yearwood currently finds herself as a recently turned 50-year-old female artist trying to get played on currently male-dominated country radio. 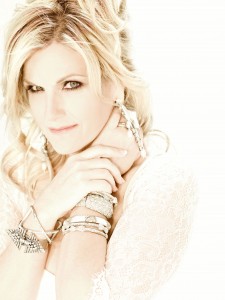 Talk about a challenge.

Because in case you haven’t turned on country radio in awhile, much has changed since Yearwood first broke onto the scene with the release of her multiplatinum debut album in 1991. Songs of true love and devotion has been replaced with songs about trucks and whiskey, creating quite a test for a platinum-selling, multiple GRAMMY, CMA, and ACM award-winning recording artist known best for country music hits such as “She’s In Love With The Boy,” “Walkaway Joe,” and “How Do I Live.” Yet, with the release of her 12th album appropriately titled “PrizeFighter,” Yearwood is showing that she is up to the challenge.

“I don’t always win, but I always think I will,” she says. “I’m always holding out hope till the last second. I’m the one playing poker and needing that one card and always believing that I am going to get it. That’s how I live. I mean, I put 110 percent into making this new record. I never think about the odds against me.”

Not many women get to live the life and career that they dreamed about as a little girl––but Trisha Yearwood is one of those lucky few. Before becoming one of the highest-selling female artists in country music history, Yearwood was just a girl growing up in Georgia. The daughter of a local banker and schoolteacher, Yearwood grew up listening to Kitty Wells and Hank Williams and singing to anyone who would listen. After graduating from Belmont University in Nashville with a business degree, she began to dip her toes into the music industry by working as a backup singer for a slew of new artists coming into Music City. One of those artists was Garth Brooks, who went from co-worker to friend to husband in the matter of 20 years.

“Garth is not like other boys,” chuckles Yearwood, who is currently touring alongside Brooks on his wildly popular World Tour and serving as ‘bonus mom’ to Brooks’ three girls. “He just has so much energy and I am so proud of him. My part of the show is not even half of what he does, and I’m exhausted. He has another gear somewhere. He hates it when I say this, but he truly can do things that no one else can do. There are moments when I stand in the back of arena and I swear he can see me. He has this ability of making people feel like they are the only person in the room. That’s a gift.”

Today, the Georgia native has never looked better or sounded stronger, especially on the lead single of her new album. “’PrizeFighter’ is definitely autobiographical,” she states about the empowering song, which is one of six new songs that sits amongst 10 of her career-defining hits on the new album. “When I first heard the song, I found that I related to it on so many levels. I lost my mom to breast cancer three years ago and she was my first thought that went through my head. She was just so brave and graceful through it all.”

Indeed, the loss of both of her parents has somewhat forced Yearwood to find her strength amongst life’s most certain of tri 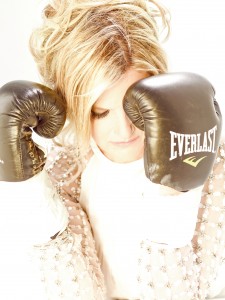 bulations as she has gotten older. And while the untimely deaths of her parents periodically had Yearwood losing her footing for a bit, she ultimately found an inner power she never knew she had.

“I lost my father nine years ago, but I still had a parent left and you really do pour yourself into that parent because it’s hard for them to lose the love of their life…I mean, my parents were married for 45 years,” she explains. “But the moment you lose both of your parents is one of those moments where, for the first time, you truly feel alone, no matter how supportive your husband or your family is. You really become an adult that day. My mom told me from a very young age that it’s the natural course of life. It’s not that you get over it, but you learn to live with it. She always told me it won’t be easy…and it hasn’t. But she also told me that I would be alright.”

And in case you were wondering, Yearwood is more than alright.

“I have my mom and dad’s blood in my veins…they remain my strength and I remain committed to being the best version of me that I can be for them and for everyone around me,” she says.

SINGING HER SONGS…ADORING HER LIFE

Becoming the best version of herself has not only come from an inner drive inherited by her hardworking parents, but via an innate ability for Yearwood to find songs that truly represent who she is both in and out of the studio. A self proclaimed ‘junior high poetry writer’ who has actually never written a song she has ever recorded, Yearwood continues to represent where she is in her life via her songs.

And the songs of “PrizeFighter” are no exception.

“My musical influences have always been people like Linda Ronstadt and Patsy Cline, who were truly great interpreters,” she explains of new songs such as “I Remember You” and “End of the World.” “Ultimately, it’s my job to make you believe a great song…and badger songwriters to give me some great songs. If I believe it, I can sing it.”

The dreams of Yearwood’s childhood always included instruments and microphones and stardom. But never once did they include cookbooks.

“The television show and the cookbooks were a complete surprise to me,” says Yearwood of her two New York Times Bestselling cookbooks “Georgia Cooking in an Oklahoma Kitchen” and “Home Cooking with Trisha Yearwood,” along with her Emmy award-winning Food Network series “Trisha’s Southern Kitchen.” “With both, I said I would try it out and see how it felt to me. It was fun. You should always feel good about your decisions and always take your time. I say no to everything that doesn’t feel right.”

And while she admits to saying no to many a business opportunity in recent years, Yearwood says she is planning to move forward with many upcoming projects, including everything from future cookbooks (“Trisha’s Table”) to a brand new cookware and cutlery line.

“Whether it’s been songs or television shows or cutlery, I have always chosen based on what is right for me, not just what someone tells me is going to be hugely successful,” she explains. “If you pick to record a song that you love, for example, you are good. If you go and record a song you hate because someone says it’s going to be a big hit, you end up either singing a song you hate every night or you sold your soul for nothing.”

With lessons behind her and many still to learn in the future, Yearwood says she has much to look forward to.

“I think just about everyone who turns 50 say it feels younger than it used to be,” she laughs. “I’m definitely immature mentally…and physically, I have taken steps to make sure I feel as young as I can within my body. But when I look back on my life so far, I see so many things that have happened that I never thought would happen. I get to travel the world with the love of my life and do what I wanted to do since I was a little girl. I’m living life to the fullest. I can’t imagine anything else I will ever possibly need.”

LIFE BEYOND SUGARLAND By Tricia Despres All Kristian Bush is trying to do is make a good impression. “The teachers certainly know when you are a single dad,” laughs the country music singer/songwriter from the […]